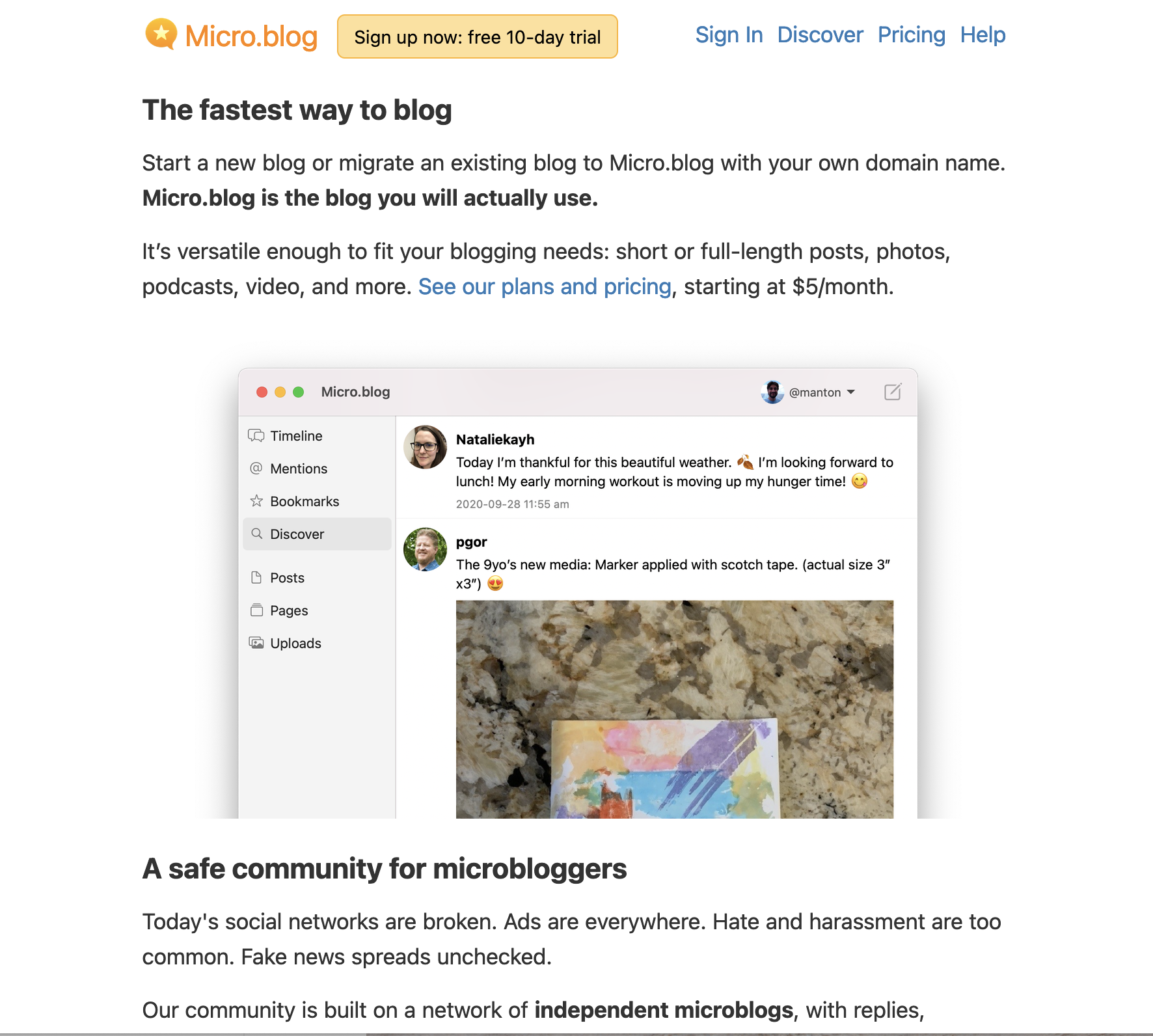 On top of the Pacific 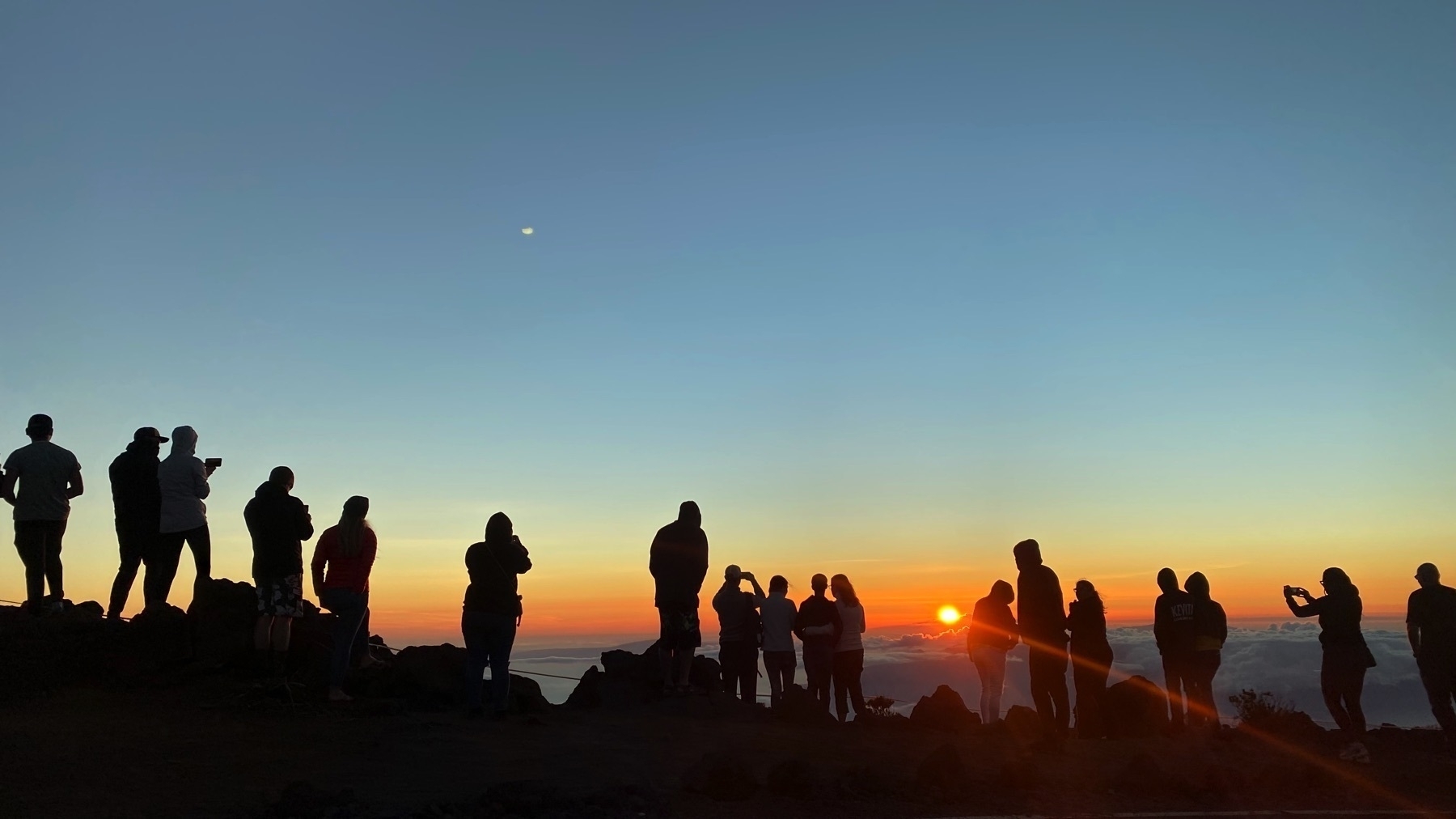 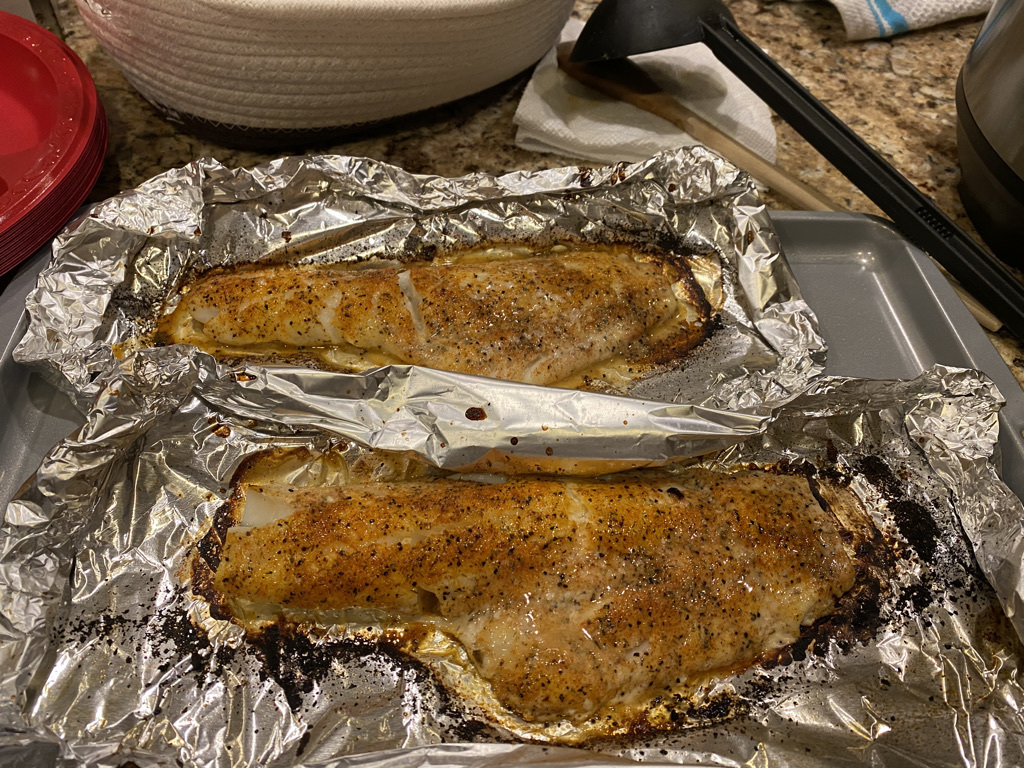 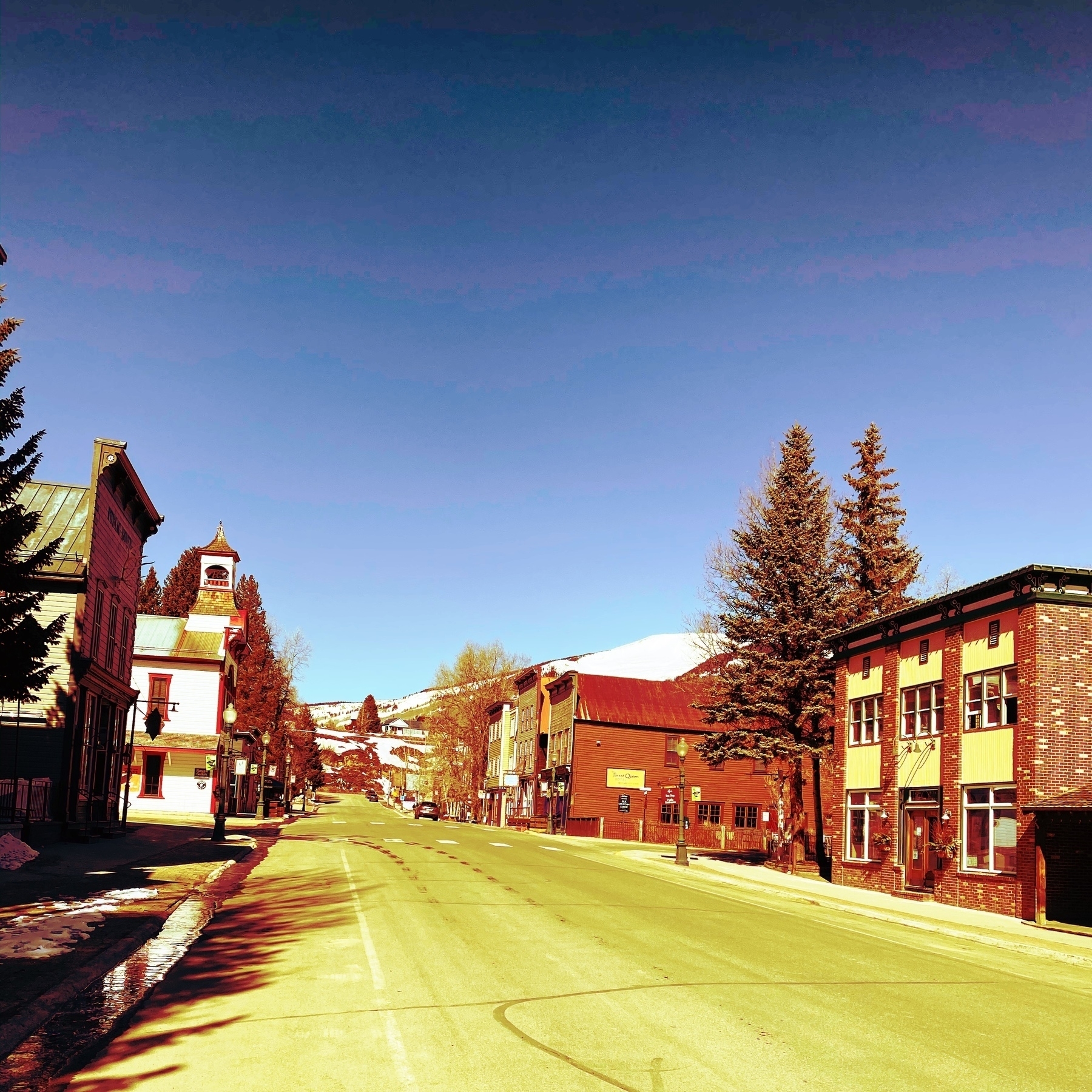 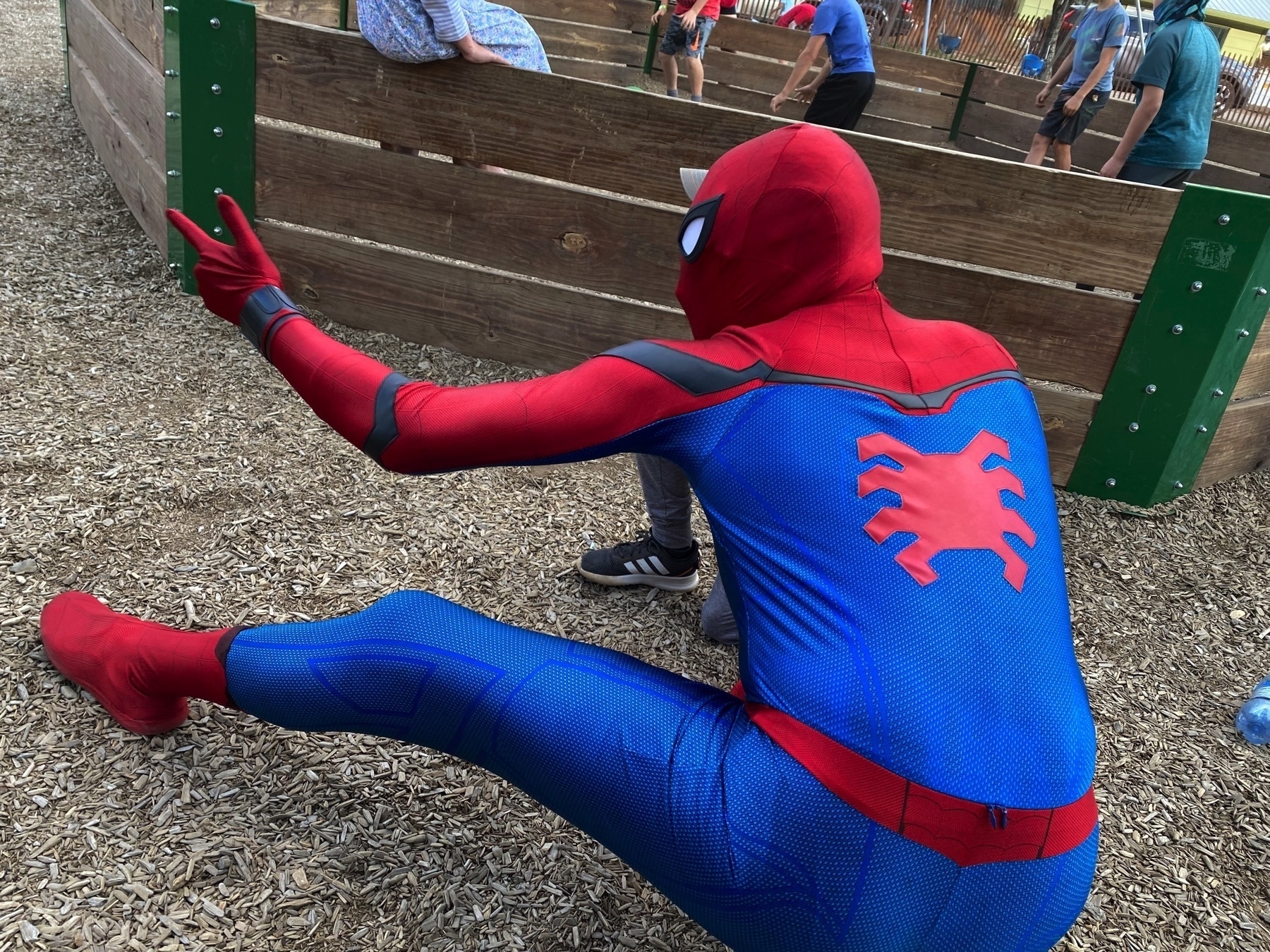 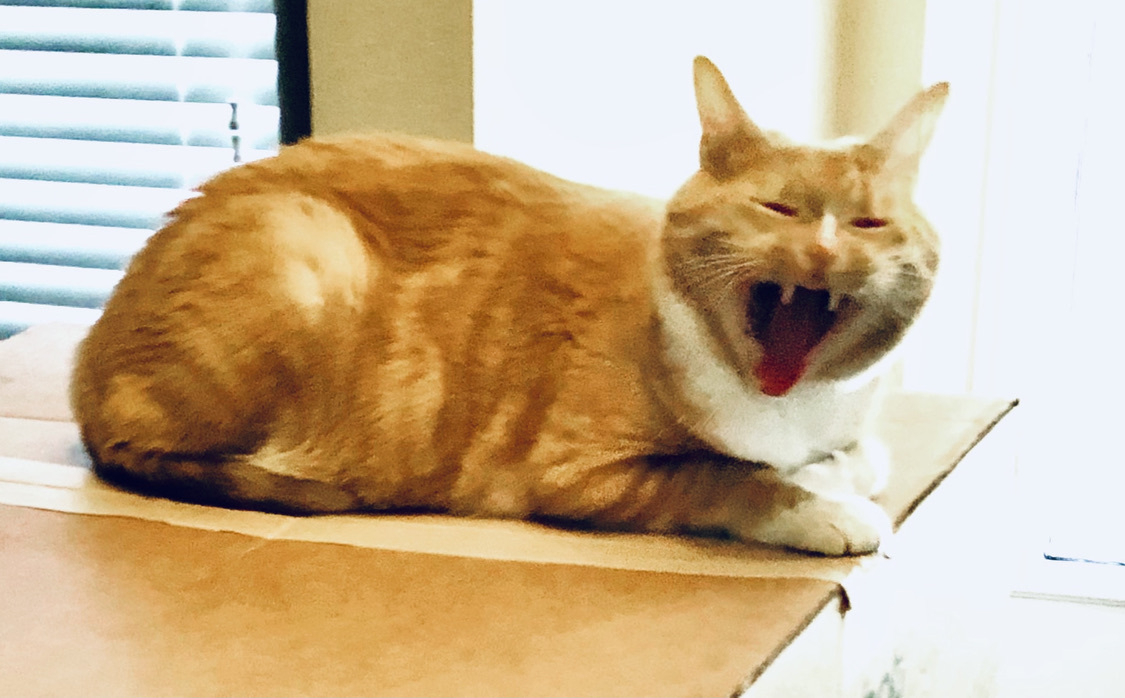 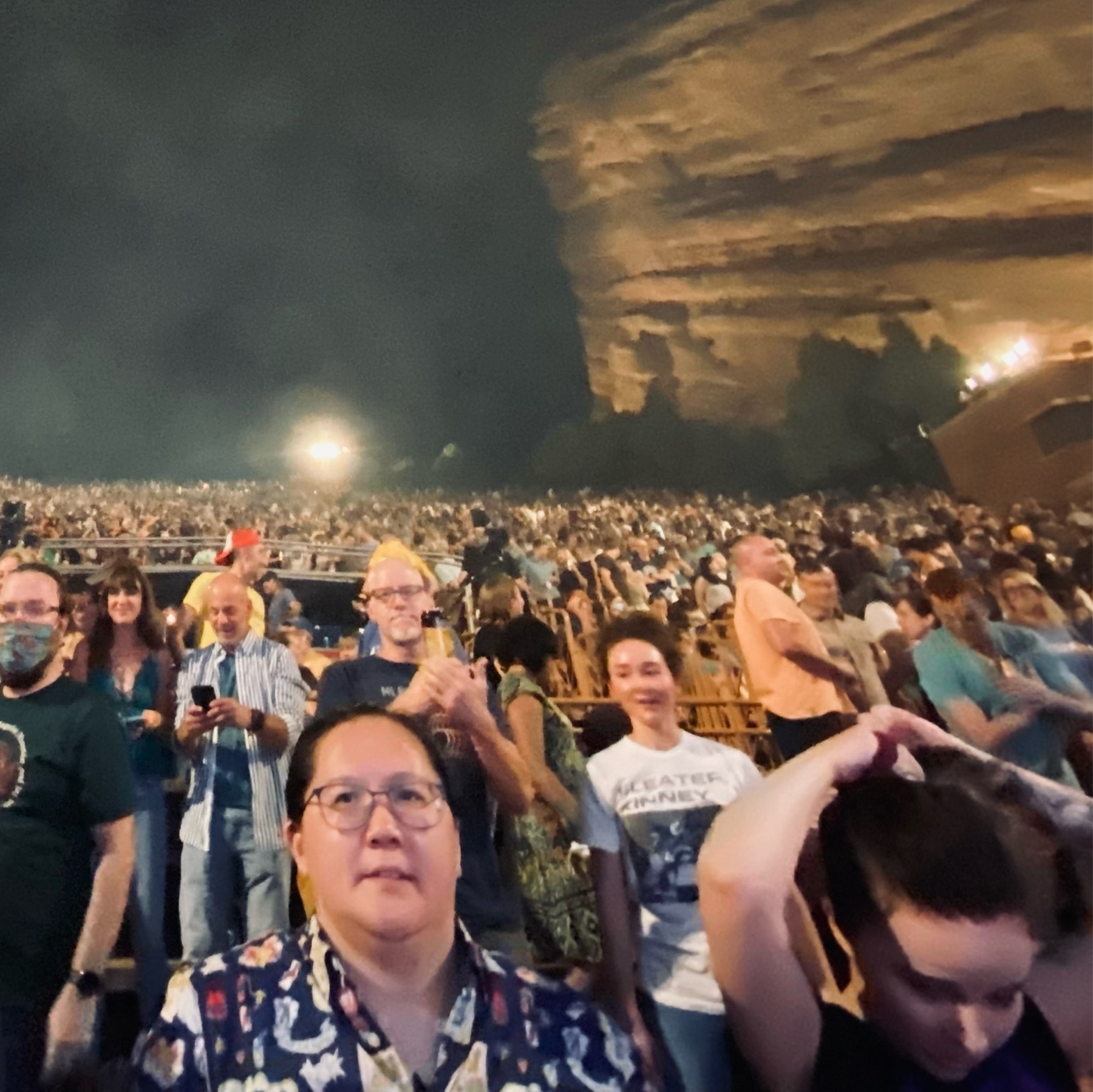 Taken in early August 2021. Lots of fun at Red Rocks 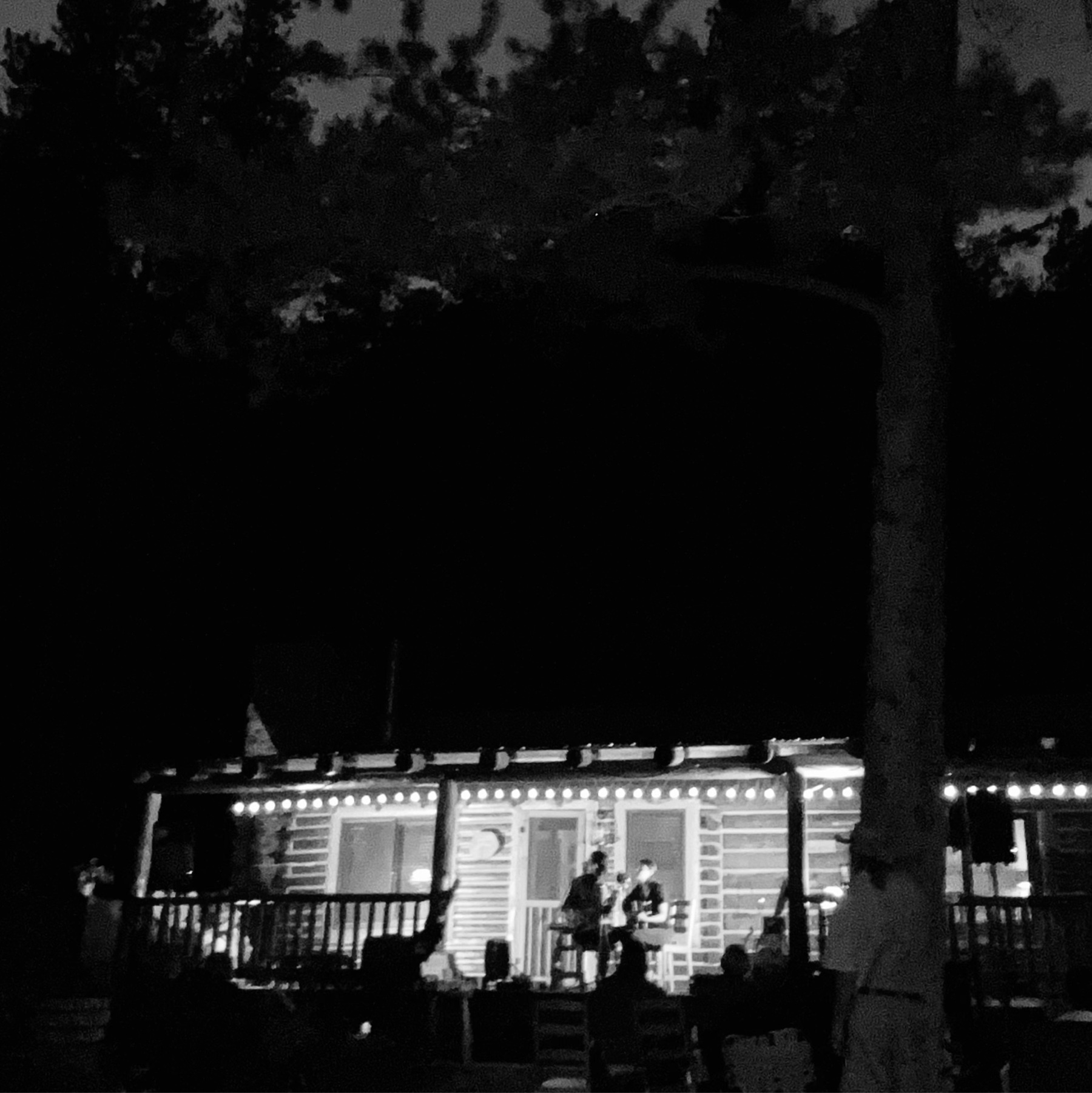 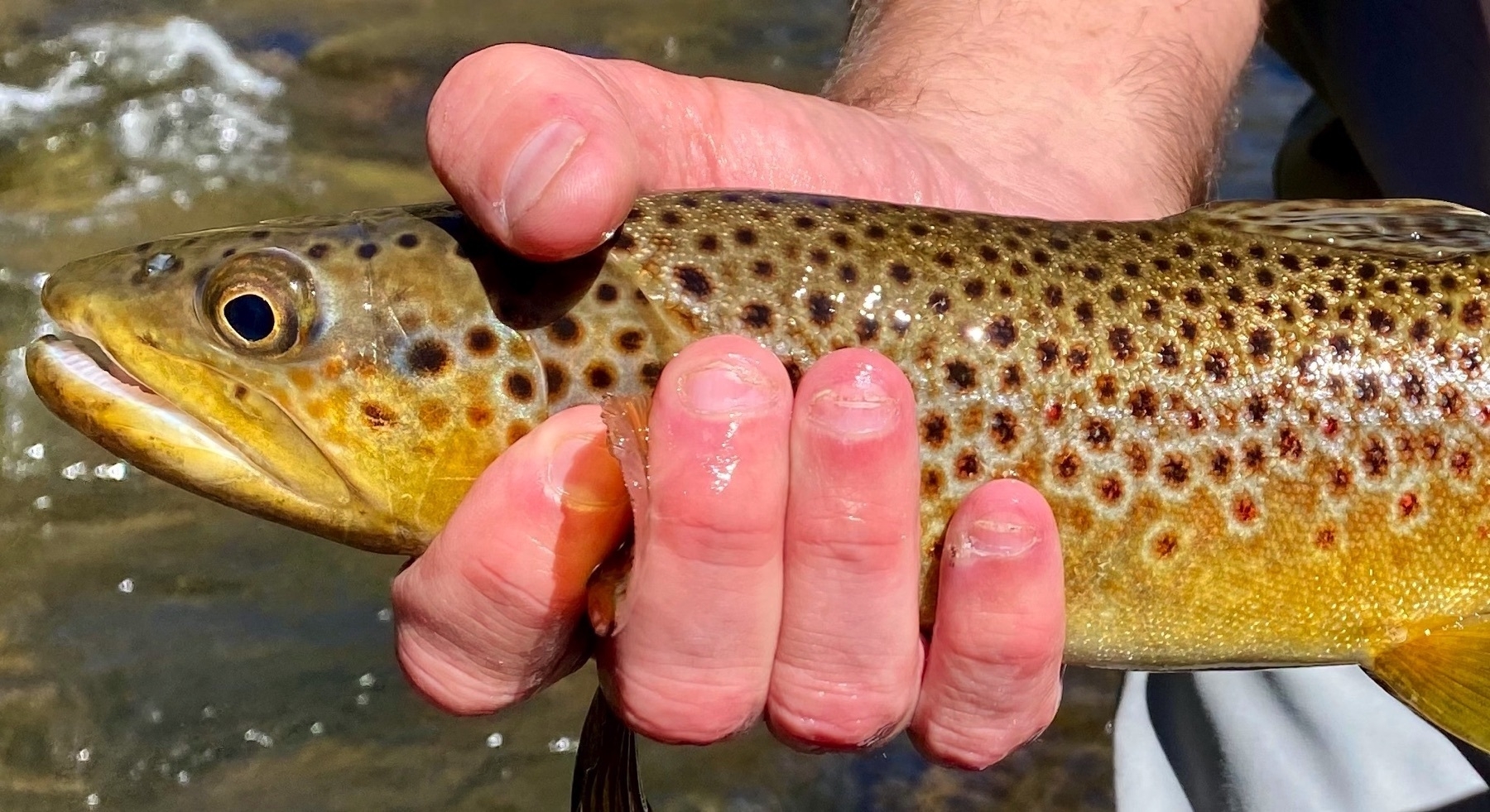 I wonder what became of Marty (Natilie Portman).

First week of running in the books. Slow pace. Just trying to get my legs used to the stress. 12.1 miles over 4 runs. Did my first “long” run today too. Only 4 miles but it’s a start. 32.2 total miles since I started this 10K program July 5th.

Not feeling partially well. Aches and pains and still carrying too much weight. But I remain committed.

Another week of walking. Getting ready to run. Finished Week Two of my 10K training program. 11.2 miles of walking this week, 20.1 total miles since the start. Not exactly stressful, but I am moving again. Start running this week - Monday. I will go slow, then slowly faster. That is the key. Stress your body but do it slowly so it can recover.

Getting back into a routine. The next few weeks will establish my commitment . . or not. Stay tuned.

Debating whether to turn on or off Twitter cross-posting. Had it on for a while, but turned it off last week. Not sure I want to mix my 2 worlds …

Home from Virginia after attending my brother’s wedding. His first marriage . . . . at 50. Bride and groom looked very happy and a fun time was had by all.

I am so glad he has found someone he loves. No one should be alone on this world. You need a wingman

Swimmer at a local beach doesn’t realize how lucky he is …. hammerhead shark makes a run at him

Running that is. Finished the first week of my 10K training program. 8.9 miles of walking over 4 days. Not exactly super stressful, but it has me moving again. Want to build mileage weekly and slowly pick up the stress. Right now my muscles just have to get used to moving again. Dropped a few pounds too.

After a frenetic weekend of trying many options, it appears that I have settled on my RSS solution: InoReader. Actually found it based on a post here on micro.blog. @odd mentioned it in his subscription services post a few weeks (months) ago. That got me to try it out, and it’s the winner.

First, I tried out what appears to be the industry leader - Feedly. After a day or two, I didn’t really care for the UI. I also thought it was expensive (IMHO).

Next, I tried NetNewsWire, which is beautiful and works well, but doesn’t have some of the features I wanted - like making RSS feeds out of any regular updating website and storage. The free price is excellent though.

I next tried another FOSS solution, Fresh RSS. I set up a feed on a subdomain I own. Works well, but seems a little slow. And it still lacks a few of the features I want. I will keep both NetNewsWire and FreshRSS running though to keep control of my data and feeds. I have learned that most of the services you rely on go away eventually - seemingly in proportion to the degree you rely upon them. Control your own data.

Finally, I tried InoReader. It has the features I want, costs a little less than Feedly (still a pricey for a RSS reader), and has the UI I like. Still learning about it, but it’s a keeper. I signed up for a paid account today.

I have just felt overwhelmed by news and information lately and wanted to get some control back. RSS seems like the solution. I am turning all of my Apple News notifications off and will just manage my information flow with InoReader.

Starting to run again. I am not fast, but I do enjoy it. I think just like being outside and getting fresh air. Running gives me a reason to do that.

I have started a 10K training program for a yet unidentified race in the fall. Target time is mid Oct, but it could slip to Nov if I don’t like what is available in Oct. Seems like quite a few regular races disappeared during the pandemic. Not many have come back.

I have been running off and on for almost 10 years now. Been a while since I have done a race though. By now, I know the drill and have a good routine to get me back in running whatever distance I need. Pretty simple process.

This last one is the hardest part … and the most important. Really and truly, anyone can run just about any distance at any age. It just requires commitment. My non-running friends don’t believe me, but it is true. I certainly do not have a runner’s body. I do run-walk-run . I would never be able to finish otherwise. And I am not fast at all. But I am committed. When I ran my first (and only) marathon 5 years ago, I was getting up and out the door at 2:30 am with a lamp on my head to run to beat the heat here in Florida. I would finish around 10 am - having run 27 miles 3 weeks before the race. It was 7 hours of running that I had been building up to slowly for months - 10 miles, then 12, 16, 22, 24 etc . . .My wife thought I was bat-shit crazy. Me too. But, damn it, I was going to finish that marathon (the Marine Corps Marathon in Washington DC) no mater what. We had a hotel, plane tickets, friends coming up to see us, my Mom came up from Virginia. There was no way I could back out or not finish. And finish I did.

Anyone can do it

Truly anyone can do it. Just commit.

Now I am off to walk. You have to walk before you run. Wont start running until the latter part of the month. My official 10K training program started Monday. This is Week One. It is the hardest time to commit when you are just starting. After a month or so, it gets easier . . . .until the end.

I will keep everyone updated. I know that no one cares, but updates will help me stay . . . you guessed it . . committed.

After quite a few years away, I dusted off my old RSS readers to see what is going on in the space. Quite a lot. Signed up for Feedly pro, but canceled after a few days - not enough value. Eventually settled on a self hosted FreshRSS and NetNewsWire. …For now Roxy Music’s first song on its first album. And what a song! Hard not to love the Oboe. Written and vocals by Bryan Ferry. Engineered by Brian Eno. Two greats at the start of their careers.

Instead, all I can say is

Finished reading: Irresistible North: From Venice To Greenland On The Trail Of The Zen Brothers by Di Robilant, Andrea , 1957- 📚

An interesting time in history - the late Middle Ages to the Age of Discovery. People often think there are these bright lines that divide human history, but that’s not really whats going on at all. The transitions are all happening at once. Nothing stays constant. Humans are always trying new things to improve their life. For instance, the Norse pressed forward from Scandinavia to Scotland and the Faroes, then to Iceland, Greenland and North America all before the 14th century. Meanwhile, in the Mediterranean, shipbuilding was improving and soon they would have oceangoing vessels.

This book is the story of the Zen brothers. Merchants from Venice who supposedly traveled to the northern lands of Iceland, Greenland, and perhaps even Baffin Island in North America. The author traces their path through their largely forgotten journals and exams the impact they had leading into the golden age of discovery.

I enjoyed the story. It’s short and worth a read for armchair historians. You will learn something new about a time when the maps and charts remained largely blank.

Still struggle with Micro.blog. Looking at alternatives . . again. . . but constant switching is not good either. Think I will give a go again. At least the people here are nice and decent.

Such a great app. 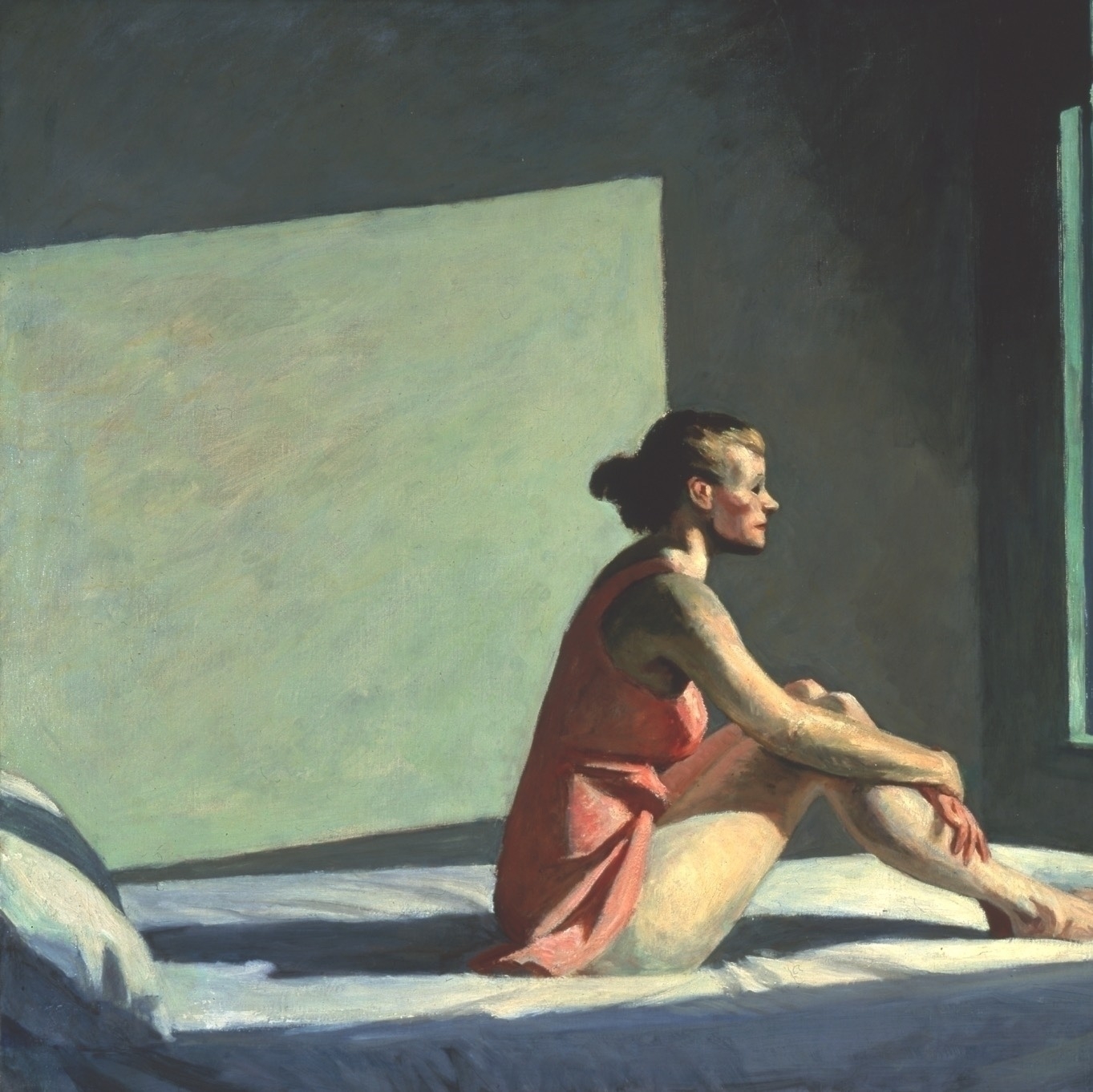 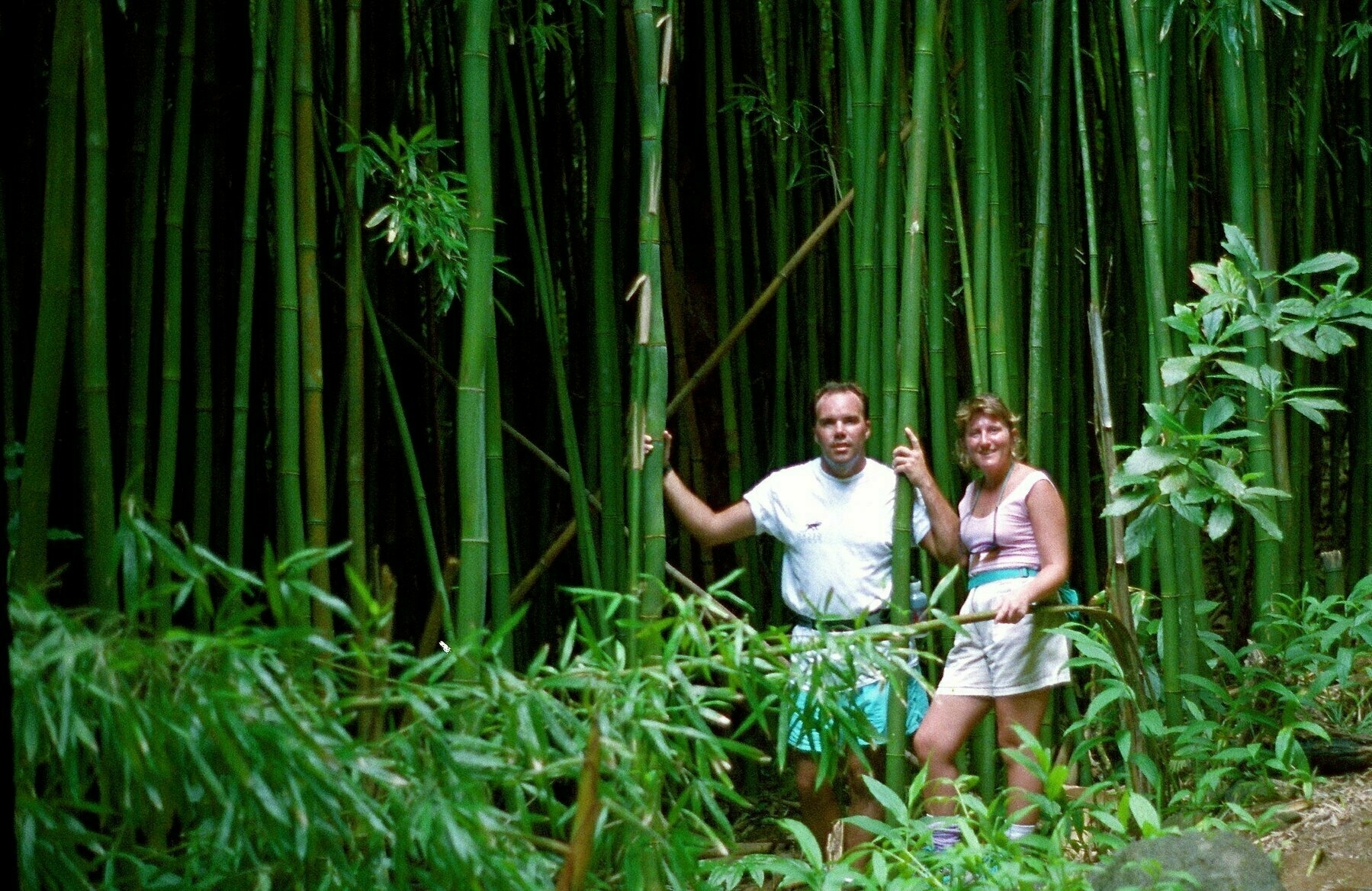 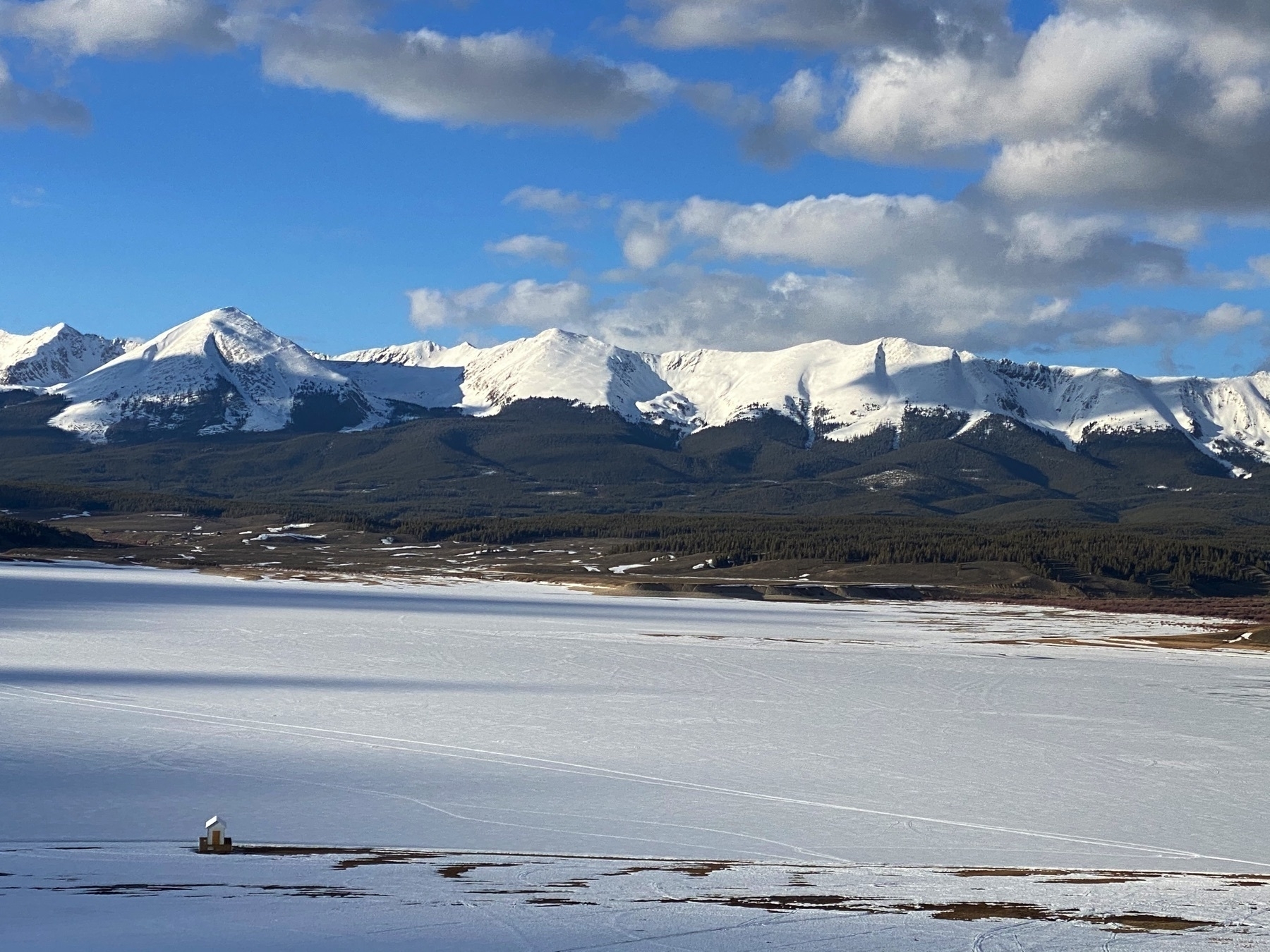